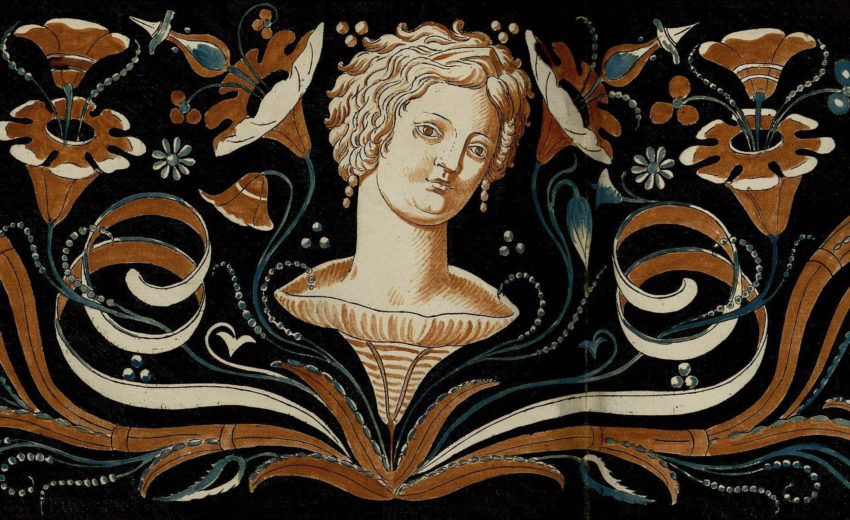 Hancarville, Collection of Etruscan Greek and Roman Antiquities from the Cabinet of Hamilton

Summary Note
The publication-dates are given on the title-plates as 1766 (vol. I) and 1767 (vols. II-IV). But in vol. I one of the imprimaturs carries the date of 1767; and advertisements in the Novelle letterarie indicate that vol. II was published in 1770 and vols. III, IV, in 1776. The title-plates of Volumes II-IV have the words ‘And Plenipotentiary’ after ‘Envoy Extraordinary’, and Volume II continues with the words ‘Vol. Second’. Each volume has a parallel French title-plate, which reads, ‘Antiquités Etrusques, Grecques Et Romaines, Tirées Du Cabinet De M. Hamilton, Envoyé Extraordinaire De S.M. Britannique En Cours De Naples’ (Vols. II-IV with ‘Et Plenipotentiaire’ after ‘Extraordinaire’, and Vol. II. continuing ‘Tome Second’). The text of Volumes I, II, is given in English and French in parallel; that of Volumes III, IV, in French only. The dedications of Vols. I, II, are in Latin; the imprimaturs in Vol. I, in Italian and Latin. This four-volume publication combines vivid and influential images with speculation on the development of ancient art. William Hamilton collected modern pictures and antiquities. Here his ‘Antiquities’ are almost all vases – described on the title-plates as ‘Etruscan, Greek, And Roman’ but known to be Greek, whether from south Italy (‘Magna Graecia’) or the Greek mainland. Both Hamilton and Hancarville (to whom Hamilton entrusted the preparation of the text) regarded this large collection of vases as providing not only ‘exquisite Models’ but also a possible basis for tracing the ‘progress of Painting and Design’ and the ‘stiles of the different periods in the Art of the Ancients’ (v.I., p. vi, 168). For this reason, although Explanations of the plates are included in Vols. I, II, and the text of Vol. II includes a Discourse Upon Painting and a chapter on the Uses the Ancients made of their Vases, How they are found, and the manner of painting them, Hancarville allows his speculations to range very widely, including in Volume I a history of the Etruscans, their letters and customs and the Tuscan order, and in Vols. III, IV, a history of Greek sculpture to the death of Alexander. Here he adumbrates ideas later expounded in his Recherches sur l’origine, l’esprit et les progres des arts (1785-6), tracing the oscillation in art between concentrated symbol and explicit, sophisticated representation. The plates generally show vase paintings of myths or social subjects, with views of the vases and detailed measurements. One mythological painting shows a nude Silenus – overpainted as clothed by its previous owner, Passeri (vol. II. pl. 68; cf. G.B.Passeri, Picturae Etruscorum In Vasculis, II, pl.103). An example of a social subject is pl. 74 of vol. II, representing a symposium. An interesting in-text illustration shows a group of vases newly discovered in a tomb (vol. II, p.57). Many plates are coloured by hand (in Vol. I 46 plates; in Vol. II 53 plates). The images were most notably taken up by Josiah Wedgwood, one of whose first-day vases made at his new pottery, ‘Etruria’, in 1769 carries a design based on plate 129 of Vol. I, and who also reproduced the vase shown in the dedication-plate of Vol.I. Whole rooms drew on these images for their decoration (as at Newtimber Place, Sussex, and Bowood, Wiltshire); and they played a considerable part in fostering the Neoclassical taste for outline drawing and engraving. In 1772 Hamilton’s first collection of vases and antiquities was bought for the British Museum, where one red-figure volute crater is known as the ‘Hamilton Vase’ (shown in Vol. I. pl. 52-6). For many years Hamilton made gifts to the Royal Academy, including casts of bas-reliefs and Piranesi’s prints of the ‘Warwick’ vase, but oddly did not donate a copy of this work. Although (unsurprisingly) John Flaxman included it in a list of desiderata of ‘Books essentially useful in the Arts’ that the RA Council resolved to purchase at a meeting on 23 October 1801 (Council Minutes III, 113-14), there is no evidence of a copy having entered the RA Library until the present incomplete set arrived on 6 August 1835 as part of Prince Hoare’s bequest to the Academy of books and prints from his library in London (see RA Council Minutes VIII, 123-25). 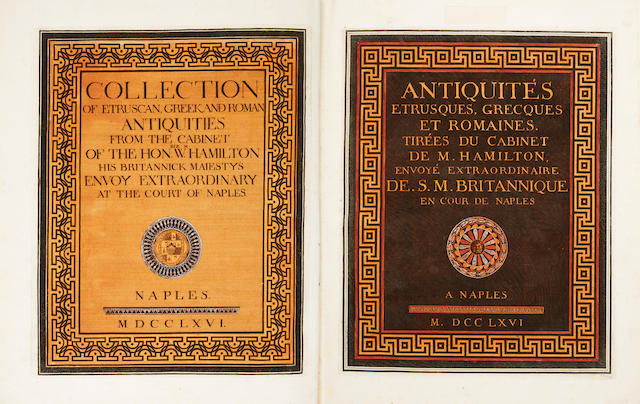 Gorringe, A Theology of the Built Environment