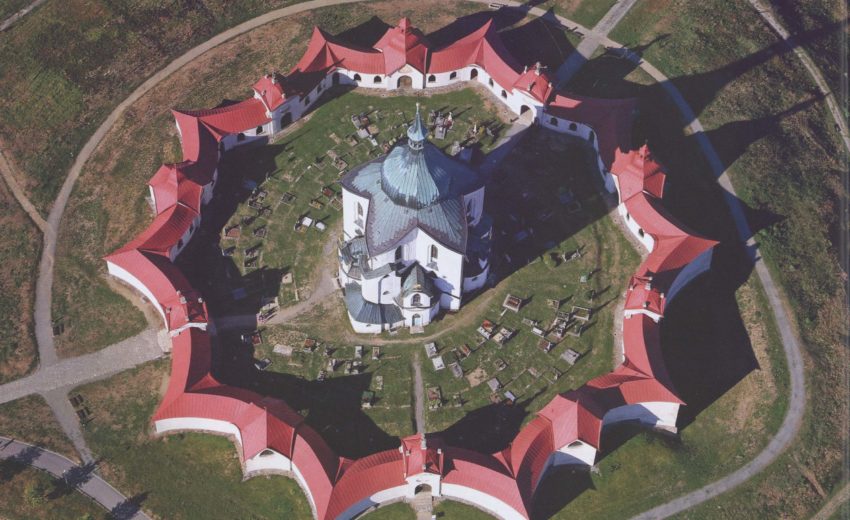 Kroupa, The Work of Jan Santini in Zelena Hora

A visitor to the town of Zd’arnad Sazavou will be captivated, even from afar, by the sight of the crystalline architectural mass of the former pilgrimage church to St. John of Nepomuk atop the “Green Mount’ (Zelena Hora). Whoever then proceeds so far as to walk through the ring of ambits and enter into the courtyard of the church cannot but be gripped with a sensation of the unearthly, the impression of a kind of mysterious space somewhere between earth and heaven. It was precisely in reference to this work by the architect Jan Blazej Santini-Aichel (1677-1723) that the German scholar Erich Bachmann wrote, half a century ago, that “in its artistic consistence, formal symbolism and polyphonic richness, it exceeded anything that up to that point had been created in works of its type in Bohemia and Central Europe as a whole”. Three decades later, the Czech art historian Mojmir Horyna, author of the hitherto unsurpassed monograph about the artist, stated that”the pilgrimage church forms the apogee of his [Santini’s] creative trajectory and the culmination of the movement of his invention towards an individual and yet timeless conception of architecture”. Horyna himself later compiled the nomination proposal for registration of this landmark in the UNESCO Register of World Heritage, eventually granted in 1994. At the same time, this highest of international heritage statuses had also been awarded, if indirectly, to other buildings by Santini: his works in the historic centers of Prague and Kutna Hora, with the second case extended to include his adaptation of the former Cistercian monastery in the outlying suburb of Sedlec. In this sense, Santini can be compared only to Krystof and Kilian Ignac Dientzenhofer, in a stellar trinity of the Prague architects of the High Baroque in Bohemia. 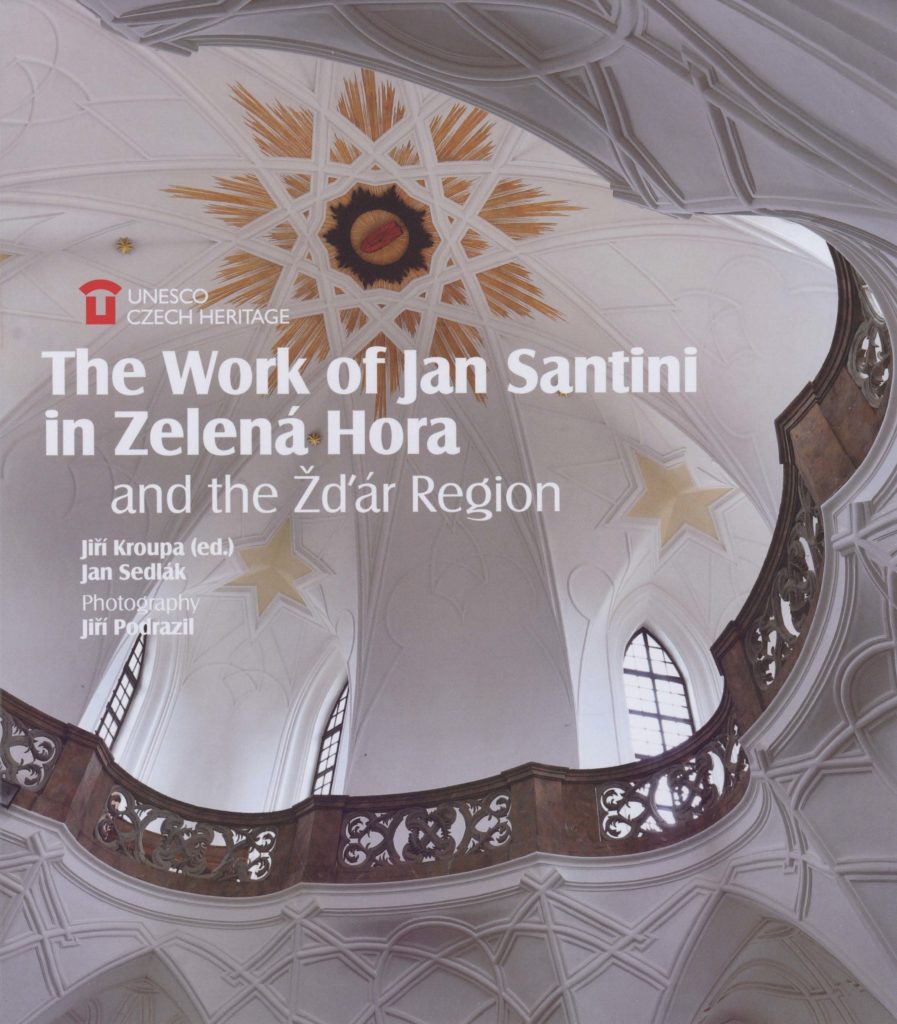 Weinberg, A History of Literary Criticism in the Italian Renaissance I

Levy, Lexikon of the Hispanic Baroque