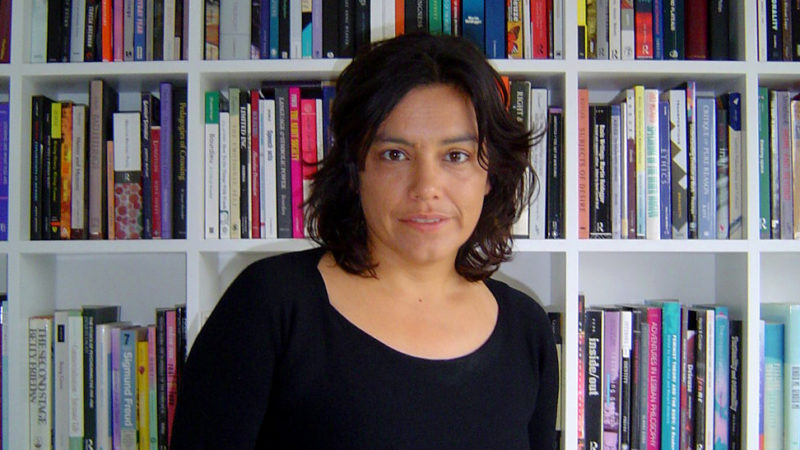 In this groundbreaking work, Sara Ahmed demonstrates how queer studies can put phenomenology to productive use. Focusing on the “orientation” aspect of “sexual orientation” and the “orient” in “orientalism,” Ahmed examines what it means for bodies to be situated in space and time. Bodies take shape as they move through the world directing themselves toward or away from objects and others. Being “orientated” means feeling at home, knowing where one stands, or having certain objects within reach. Orientations affect what is proximate to the body or what can be reached. A queer phenomenology, Ahmed contends, reveals how social relations are arranged spatially, how queerness disrupts and reorders these relations by not following the accepted paths, and how a politics of disorientation puts other objects within reach, those that might, at first glance, seem awry.
Ahmed proposes that a queer phenomenology might investigate not only how the concept of orientation is informed by phenomenology but also the orientation of phenomenology itself. Thus she reflects on the significance of the objects that appear—and those that do not—as signs of orientation in classic phenomenological texts such as Husserl’s Ideas. In developing a queer model of orientations, she combines readings of phenomenological texts—by Husserl, Heidegger, Merleau-Ponty, and Fanon—with insights drawn from queer studies, feminist theory, critical race theory, Marxism, and psychoanalysis. Queer Phenomenology points queer theory in bold new directions.

Adorno, The Stars Down to Earth and Other Essays on the Irrational in Culture

Allen, iVenceremos?: The Erotics of Black Self-making in Cuba