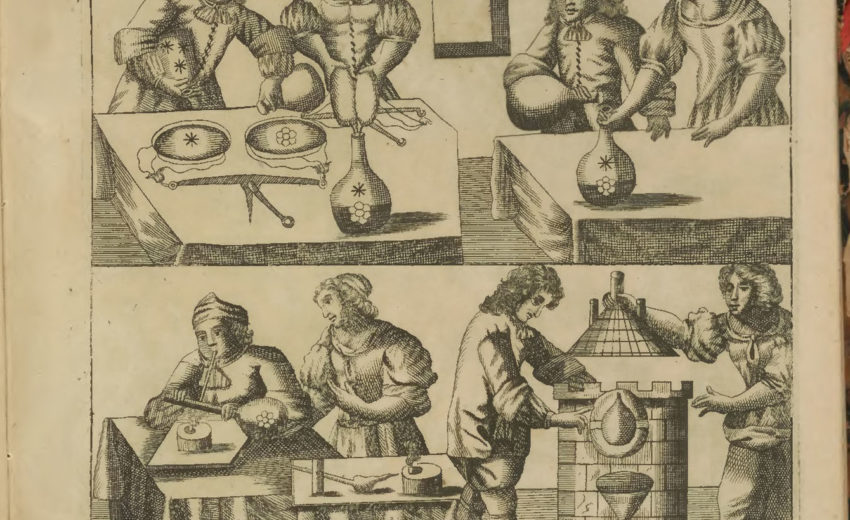 The Mutus Liber, or Mute Book (from Latin: Silent Book), is a Hermetic philosophical work published in La Rochelle in 1677. It ranks amongst the major books on alchemy in Early Modern literature, just as much as does Atalanta Fugiens by Michael Maier. It has been reprinted numerous times.
Consisting mainly of illustrated plates, Mutus Liber arouses contradictory interpretations. Its meaning was pored over for a long time by authors such as Eugène Canseliet and Serge Hutin, who claimed to be initiated alchemists. More recent studies are striving to use its historical reality in order to reveal its meaning.