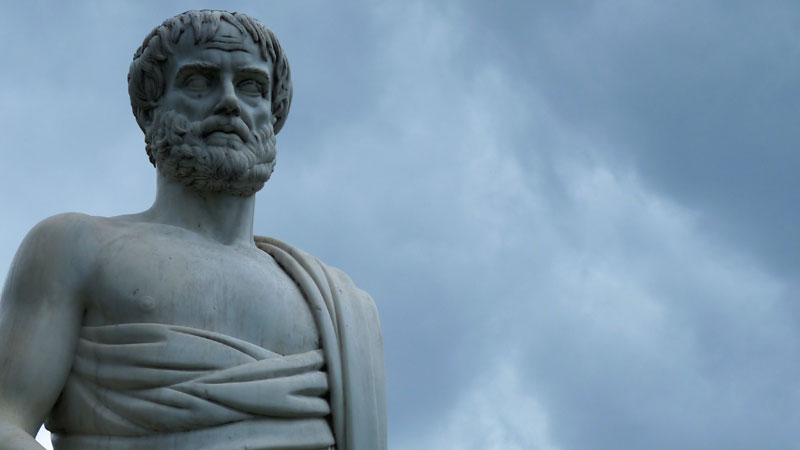 Aristotle, On the Soul

On the Soul is a major treatise written by Aristotle c. 350 BC. Although its topic is the soul, it is not about spirituality but rather a work in what might best be described as biopsychology, a description of the subject of psychology within a biological framework. His discussion centres on the kinds of souls possessed by different kinds of living things, distinguished by their different operations. Thus plants have the capacity for nourishment and reproduction, the minimum that must be possessed by any kind of living organism. Lower animals have, in addition, the powers of sense-perception and self-motion (action). Humans have all these as well as intellect.
“Expositio et quaestiones” in Aristoteles De Anima (Jean Buridan, c. 1362)

Aristotle holds that the soul (psyche, ψυχή) is the form, or essence of any living thing; it is not a distinct substance from the body that it is in. It is the possession of a soul (of a specific kind) that makes an organism an organism at all, and thus that the notion of a body without a soul, or of a soul in the wrong kind of body, is simply unintelligible. (He argues that some parts of the soul — the intellect — can exist without the body, but most cannot.) It is difficult to reconcile these points with the popular picture of a soul as a sort of spiritual substance “inhabiting” a body.

In 1855, Charles Collier published a translation titled On the Vital Principle. George Henry Lewes, however, found this description also wanting.

Gannon, Reyner Banham and the Paradoxes of High Tech