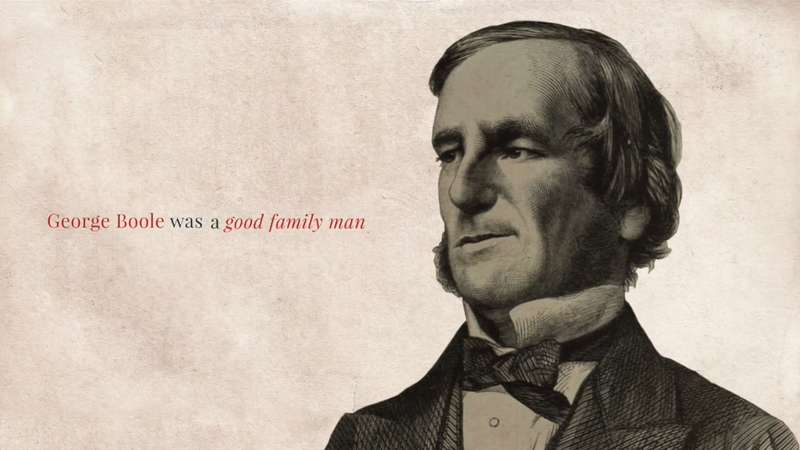 Boole, The Laws of Thought

This historic book may have numerous typos and missing text. Purchasers can usually download a free scanned copy of the original book (without typos) from the publisher. Not indexed. Not illustrated. 1916 edition. Excerpt: …substance and connexion, dwelling only on certain por-I98tions of it which are of a more complex character than the others, and afford better illustrations of the method of this work. In Prop. IV. it is shown that the substance or essence of the self-existent being is incomprehensible. The tenor of the reasoning employed is, that we are ignorant of the essential nature of all other things,–much more, then, of the essence of the self-existent being. In Prop. V. it is contended that “though the substance or essence of the self-existent being is itself absolutely incomprehensible to us, yet many of the essential attributes of his nature are strictly demonstrable, as well as his existence.” In Prop. VI. it is argued that “the self-existent being must of necessity be infinite and omnipresent “; and it is contended that his infinity must be “an infinity of fulness as well as of immensity.” The ground upon which the demonstration proceeds is, that an absolute necessity of existence must be independent of time, place, and circumstance, free from limitation, and therefore excluding all imperfection. And hence it is inferred that the self-existent being must be ” a most simple, unchangeable, incorruptible being, without parts, figure, motion, or any other such properties as we find in matter.” The premises actually employed may be exhibited as follows: I. If a finite being is self-existent, it is a contradiction to suppose it not to exist. 2. A finite being may, without contradiction, be absent from one place. ‘ 3. That which may without contradiction be absent from one place may without contradiction be absent from all places. 4. That which may without-contradiction be absent from all places may…