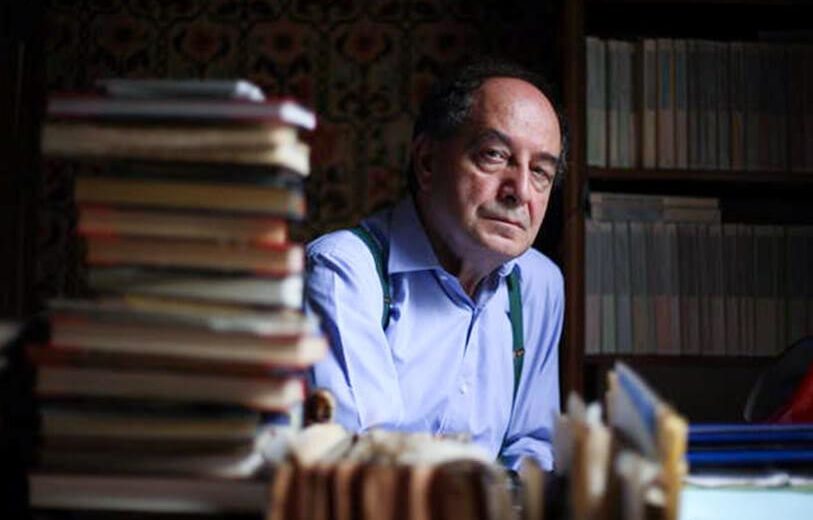 A book that begins before Adam and ends after us. In this magisterial work by the Italian intellectual superstar Roberto Calasso, figures of the Bible and its whole outline emerge in a new light: one that is often astonishing and disquieting, as indeed―more than any other―is the book from which they originate

Roberto Calasso’s The Book of All Books is a narration that moves through the Bible as if through a forest, where every branch―every verse―may offer some revelation. Where a man named Saul becomes the first king of a people because his father sent him off to search for some donkeys that had gone astray. Where, in answer to an invitation from Jerusalem’s king, the queen of a remote African realm spends three years leading a long caravan of young men, girls dressed in purple, and animals, and with large quantities of spices, to ask the king certain questions. And where a man named Abraham hears these words from a divine voice: “Go away from your land, from your country and from the house of your father toward the land that I will show you”―words that reverberate throughout the Bible, a story about a separation and a promise followed by many other separations and promises.

The Book of All Books, the tenth part of a series, parallels in many ways the second part, The Marriage of Cadmus and Harmony. There, gods and heroes of the Greek myths revealed new physiognomies, whereas here many figures of the Bible and its whole outline emerge in a new light: one that is often astonishing and disquieting, as indeed is the book―more so than any other―from which they originate.