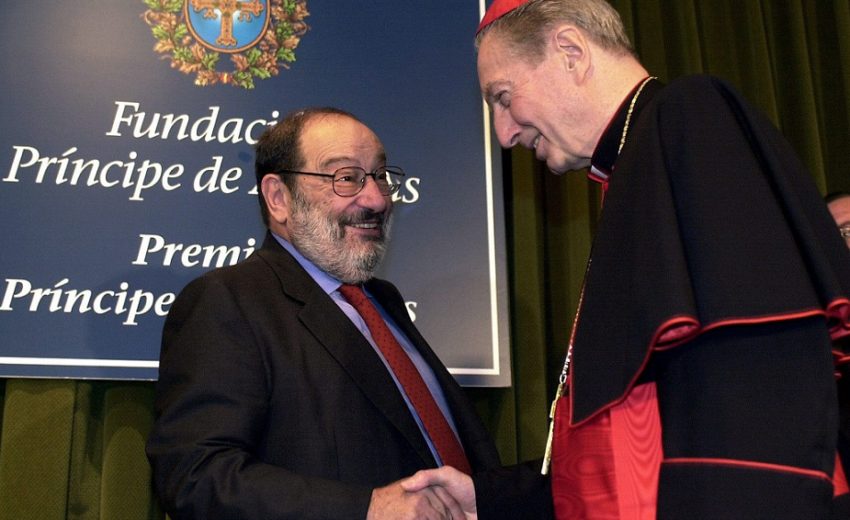 They stand on opposite ends of the spectrum: one is the world-famous author of The Name of the Rose and a self-declared secularist; the other is a senior member of the Catholic Church (often mentioned as a possible successor to the pope). In this amicable but adversarial exchange of letters and ideas, Eco and Martini debate abortion, women in the Catholic Church, ethics, and the apocalypse. They frame a debate that has begun to rage in this millennial year, aware of the gulf between belief and nonbelief that separates them. The result is illuminating. Where are the limits of belief? What can a nonbeliever believe? Some of America’s most provocative writers and thinkers from across the spectrum of faiths and backgrounds offer their reaction to the subjects raised by Eco and Martini.

Eco, From the Tree to the Labyrinth