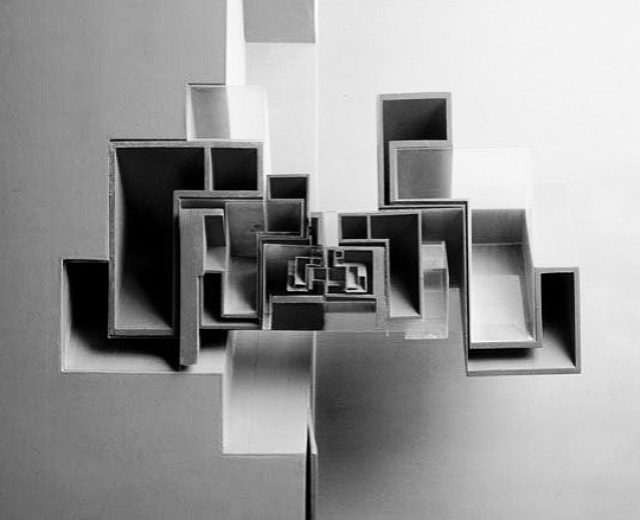 An examination of recent developments in architecture, its” present commitment to a social and technological polemic notwithstanding, would reveal that aspects of painting and sculpture, especially in the domain of what is loosely called “conceptual art,” continue to have an important although undefined influence on architectural thinking. While the influence of painting and sculpture would have been commonly accepted in a treatise on the architecture of the 1920’s and 1930’s, this relationship to post-1950 architecture, except in its most literal interpretations, (1) has rarely been the subject for discussion. If for no other reason than the recurrence and persistence of a “hard edge” painting and sculpture, which in a very literal sense might be said to be both exemplary of conceptual art and possess architectonic qualities and which would be significant in itself, the problems raised by this recent painting and sculpture seem to have a very direct concern for architecture. While hard edge, essentially abstract, and formal phenomena have not been the only painterly influences on modern architecture (for example, recent “Pop” movements with their emphasis on social commentary have had an influence similar to the Dada painters and sculptors of the twenties), their apparent visual similarity alone would be enough to warrant examination. However, to consider this problem in the traditional terms of visual phenomena and associated meanings would be to miss the essential interest of conceptual attitudes and consequently the thesis of this article. While the intention here is not to become involved in a “semantic” debate over what is or is not “conceptual,” (2) a clarification of the term and its implications might prove illuminating to the present climate of debate in contemporary architecture. But more significantly, the potential meaning of “conceptual architecture” or of a conceptual aspect in architecture poses fundamental questions concerning the role of form and space, particularly in relation to questions of process and object 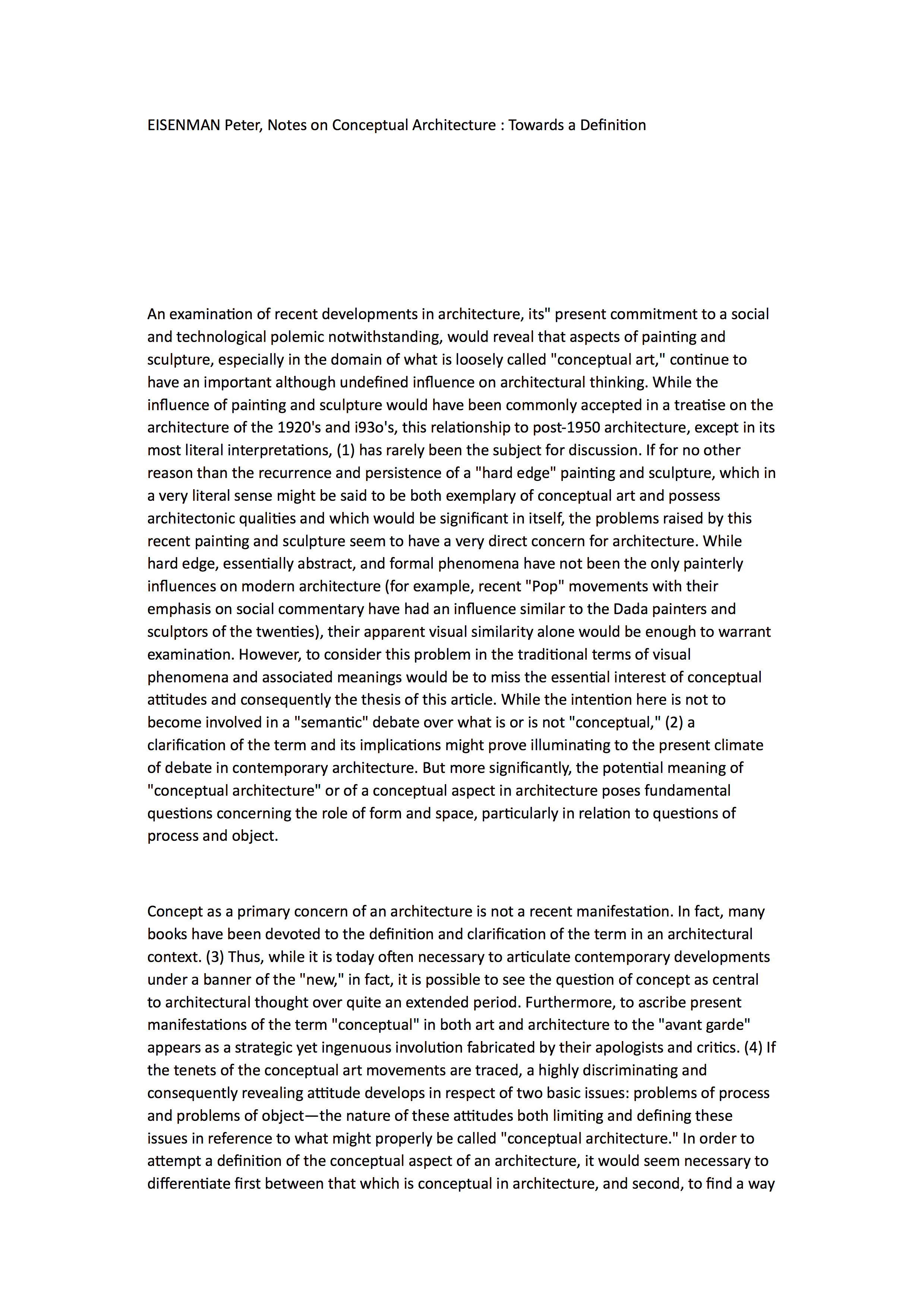 Eisenman, Written into the Void