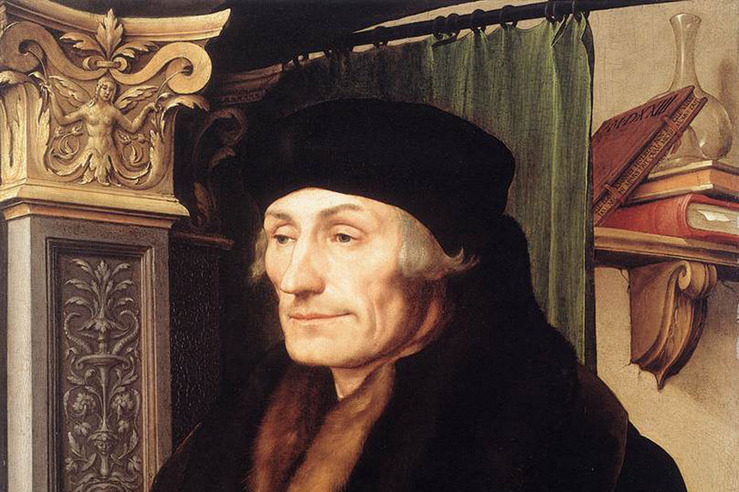 Erasmus, The Praise of Folly

In Praise of Folly, also translated as The Praise of Folly (Latin: Stultitiae Laus or Moriae Encomium; Greek title: Μωρίας ἐγκώμιον (Morias egkomion); Dutch title: Lof der Zotheid), is an essay written in Latin in 1509 by Desiderius Erasmus of Rotterdam and first printed in June 1511. Inspired by previous works of the Italian humanist Faustino Perisauli [it] De Triumpho Stultitiae, it is a satirical attack on superstitions and other traditions of European society as well as on the Western Church.

Erasmus revised and extended his work, which was originally written in the space of a week while sojourning with Sir Thomas More at More’s house in Bucklersbury in the City of London. The title Moriae Encomium had a punning second meaning as In Praise of More. In Praise of Folly is considered one of the most notable works of the Renaissance and played an important role in the beginnings of the Protestant Reformation.

Ignatius of Loyola, The Spiritual Exercises