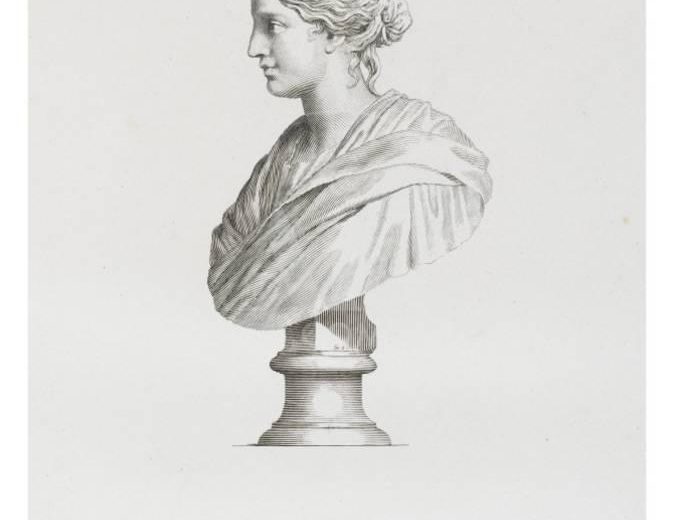 Félibien was born at Chartres. At the age of fourteen he went to Paris to continue his studies; and in May 1647 he was sent to Rome in the capacity of secretary in the embassy of the marquis de Fontenay-Mareuil. His residence at Rome he turned to good account by diligent study of its ancient monuments, by examination of the literary treasures of its libraries, and by cultivating the acquaintance of men eminent in literature and in art, with whom he was brought into contact through his translation of Francesco Cardinal Barberini’s Life of Pius V. Among his friends was Nicolas Poussin, whose counsels were of great value to him, and under whose guidance he even attempted to paint and whose biography Félibien wrote, which remains “the most persuasive guide to the work, as to the life” of Poussin, as the biography’s modern editor Claire Pace observed.

On his return to France he immediately began working up his notes for the eight volumes of Entretiens he eventually published. He married and was ultimately induced, in the hope of employment and honors, to settle in Paris. Both Fouquet and Colbert in their turn recognized his abilities; he was one of the first members (1663) of the Academy of Inscriptions. Three years later Colbert procured him the appointment of court historian to the king, in which one of his commissions was the minute descriptions of court fêtes, an essential element of the king’s cultural propaganda. In 1671 he was named secretary to the newly founded Académie royale d’architecture, where he gave lectures, and in 1673 he was appointed keeper of the cabinet of antiquities in the Palais Brion. His Description sommaire (1674) was the official guide to Versailles. To these offices was afterwards added by Louvois that of deputy controller-general of roads and bridges.