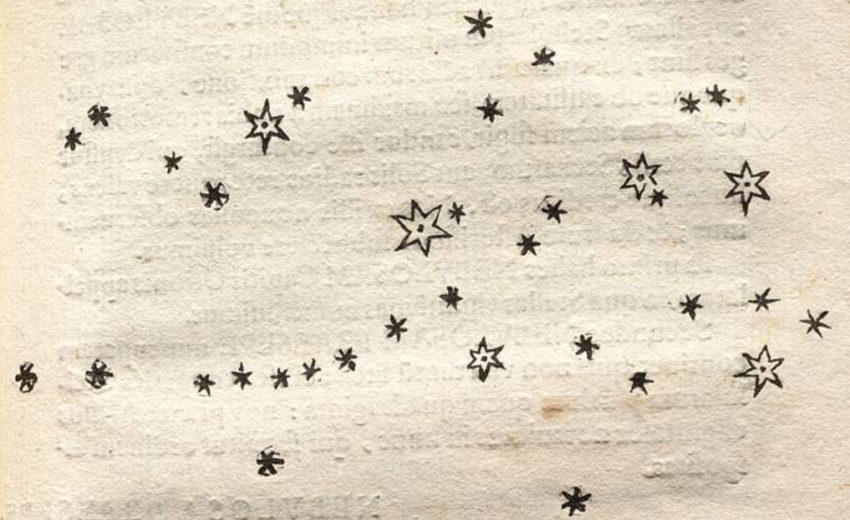 Sidereus Nuncius (usually Sidereal Messenger, also Starry Messenger or Sidereal Message) is a short astronomical treatise (or pamphlet) published in New Latin by Galileo Galilei on March 13, 1610. It was the first published scientific work based on observations made through a telescope, and it contains the results of Galileo’s early observations of the imperfect and mountainous Moon, the hundreds of stars that were unable to be seen in either the Milky Way or certain constellations with the naked eye, and the Medicean Stars (later Galilean moons) that appeared to be circling Jupiter.

The Latin word nuncius was typically used during this time period to denote messenger; however, it was also (though less frequently) rendered as message. Though the title Sidereus Nuncius is usually translated into English as Sidereal Messenger, many of Galileo’s early drafts of the book and later related writings indicate that the intended purpose of the book was “simply to report the news about recent developments in astronomy, not to pass himself off solemnly as an ambassador from heaven.”Therefore, the correct English translation of the title is Sidereal Message (or often, Starry Message).

A copy of the original edition is a valuable rare book and as of December 2010 has sold at auction for US$662,500, including premium. What would have been a multi-million dollar copy brought to a rare book dealer in 2005 with the title page signed by Galileo himself and watercolors, also attributed to Galileo, instead of etchings, was at first declared to be genuine by rare book experts and later shown by historian Nick Wilding to be a forgery and confirmed as such on further study by rare book experts. It had been created by the Italian antiquarian and library thief Marino Massimo De Caro, former director of the Biblioteca Girolamini, Naples, Italy, and sold by him to an American rare book dealer.