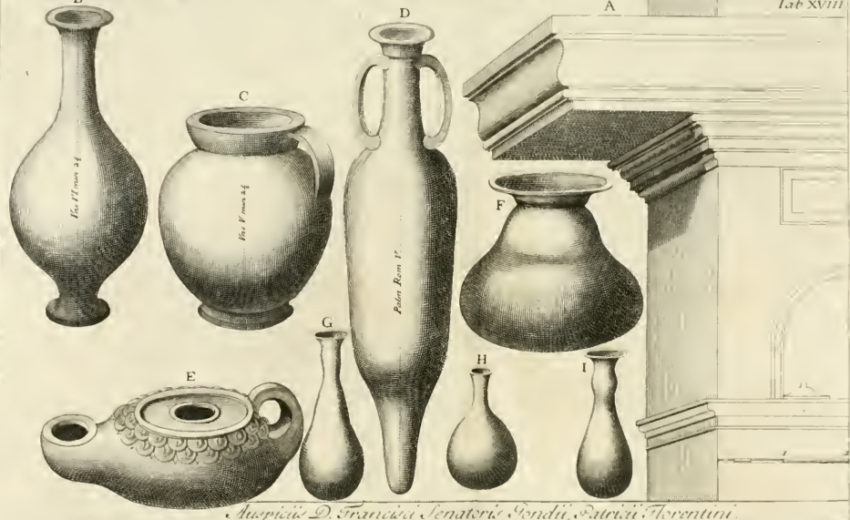 Antonio Francesco Gori, on his titlepages Franciscus Gorius (9 December 1691 – 20 January 1757), was a Florentine antiquarian, a priest in minor orders, provost of the Baptistery of San Giovanni from 1746, and a professor at the Liceo, whose numerous publications of ancient Roman sculpture and antiquities formed part of the repertory on which 18th-century scholarship as well as the artistic movement of neoclassicism were based. In 1735 he was a founding member of a circle of antiquaries and connoisseurs in Florence called the Società Colombaria, the predecessor of the Accademia Toscana di Scienze e Lettere la Colombaria, to foster “not only Tuscan Poetry and Eloquence, or one faculty only; but almost all the most distinguished and useful parts of human knowledge: in a word, it is what the Greeks called Encyclopedia”. 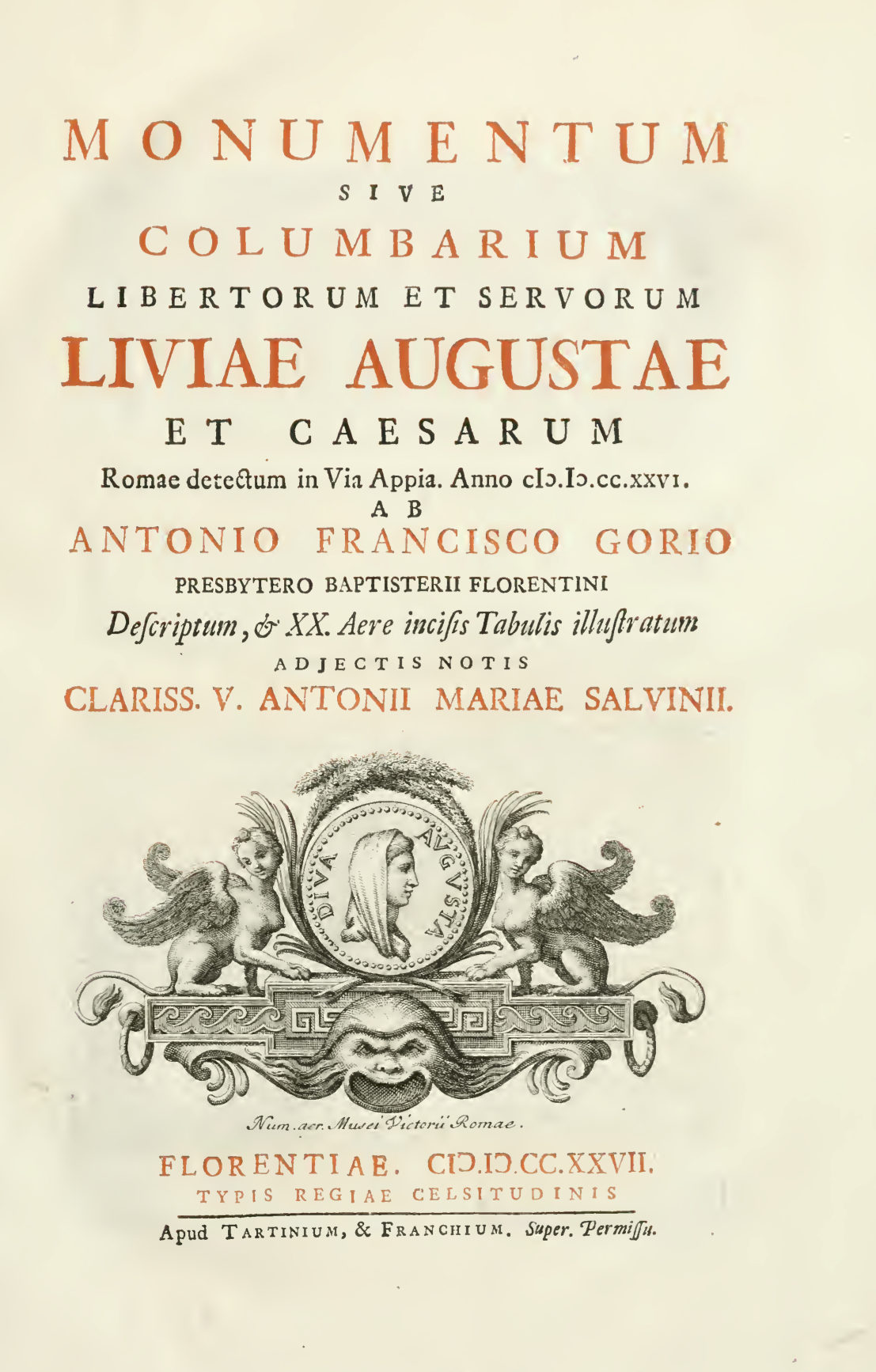