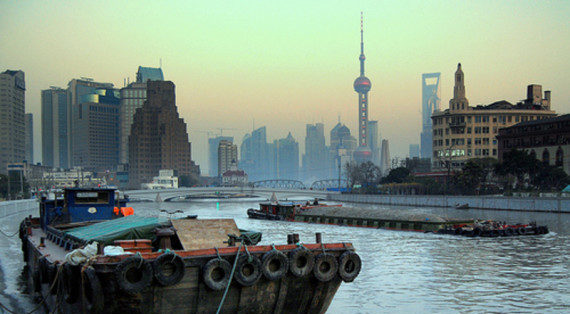 China is in the midst of the fastest and most intense process of urbanization the world has ever known, and Shanghai — its biggest, richest and most cosmopolitan city is positioned for acceleration into the twenty-first century. Yet, in its embrace of a hopeful — even exultant — futurism, Shanghai recalls the older and much criticized project of imagining, planning and building the modern metropolis. Today, among Westerners, at least, the very idea of the futuristic city — with its multilayered skyways, domestic robots and flying cars — seems doomed to the realm of nostalgia, the sadly comic promise of a future that failed to materialize. Shanghai Future maps the city of tomorrow as it resurfaces in a new time and place. It searches for the contours of an unknown and unfamiliar futurism in the city’s street markets as well as in its skyscrapers. For though it recalls the modernity of an earlier age, Shanghai’s current re-emergence is only superficially based on mimicry. Rather, in seeking to fulfill its ambitions, the giant metropolis is reinventing the very idea of the future itself. As it modernizes, Shanghai is necessarily recreating what it is to be modern.

Harris, The Queer Life of Things: Performance, Affect, and the More-Than-Human