Haskell, Penny, Taste and the Antique

Taste and the Antique offers a comprehensive and accessible overview of the reception and afterlife of the most famous ancient statues discovered in Rome and Italy from the Renaissance to the close of the nineteenth century. Before Leonardo’s Mona Lisa, Botticelli’s Birth of Venus or Van Gogh’s Sunflowers, sculptures like the Laocoon, the Apollo Belvedere or the Medici Venus set the taste of artists, connoisseurs and the educated elites of the West for almost five centuries. Reproduced in every possible media for gardens and palaces throughout Europe, celebrated by poets and writers from Marino and Byron to Proust and Dickens, they served as sources of inspiration for artists as diverse as Michelangelo, Rubens and Turner. Originally published in 1981, Taste and the Antique was hailed by Ernst Gombrich as a thought-provoking work that met a ‘long-felt want’. Reprinted five times since with minor alterations, Haskell and Penny’s book has become a classic of art history that is still used as the standard reference by scholars and anyone interested in the reception of the classical tradition. This new edition offers a complete revision of the original text to incorporate updates and new information on the single statues and their context in the light of research undertaken in the field over the past three decades. 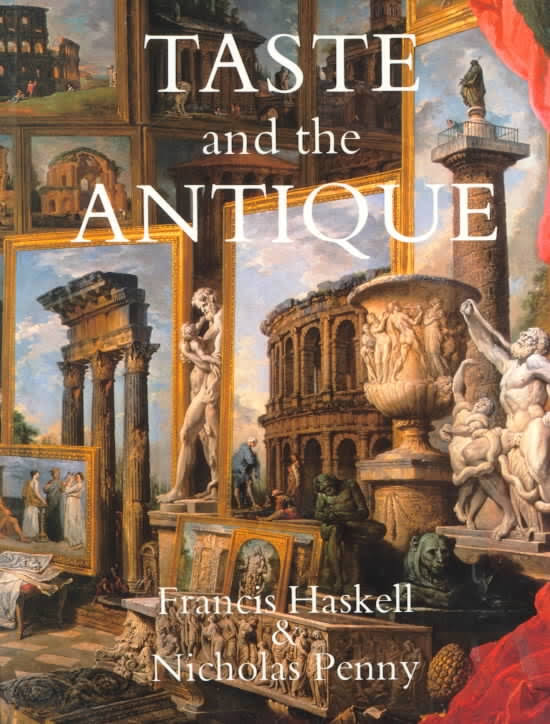 Hagstrum, The Sister Arts: The Tradition of Literary Pictorialism and English Poetry from Dryden to Gray

Heilbron, The Sun in the Church