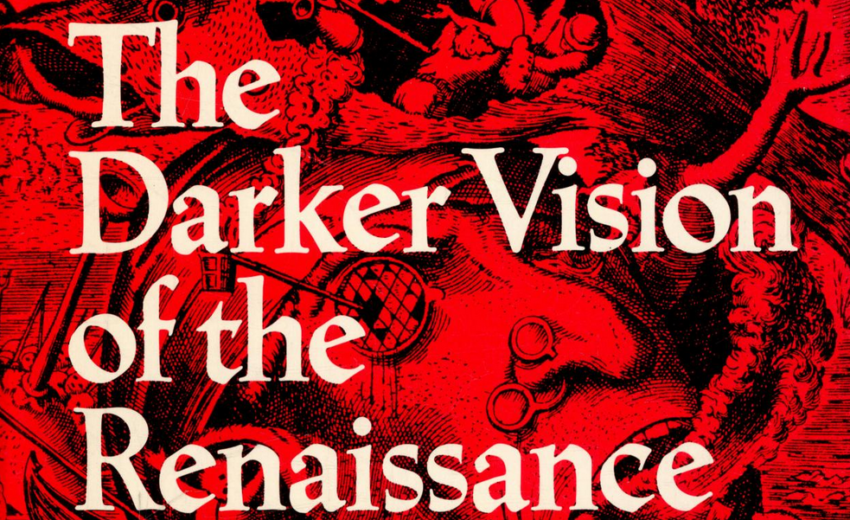 Kinsman, The Darker Vision of the Renaissance

A collection of essays written essentially by members of the Center for Medieval and Renaissance Studies of the University of California, Los Angeles, exploring certain political, literary, social, religious, medical, and artistic
events of the time span 1 300-1670, that lead beyond the bounds of reason into the nonrational, irrational, and suprarational phenomena of the European Renaissance. Robert Kinsman’s introduction examines some Renaissance uses of ratio, “fancy” and “folly,” melancholy, anxietas, and alienation. Lynn White, jr., presents the essential thesis of the
collection in his view that the years 1 300-1650 constituted one of the most psychically disturbed era ever in European history. The “world-alienation” of the period is analyzed by Donald Howard with special illustration from two poems of the late fourteenth century: Gawai?i and the Green Kjiight and Toilns and Criseyde. The flourishing of hermetic, magical, cabalistic, and astrological practices in the Renaissance is described by John Burke. The gentleman and courtier’s physical and psychological tensions resulting from literal exile or from psychic alienation from his lesser fellows are investigated by Lauro Martines. An analysis of the “structures” of Renaissance mysticism is provided by Kees Bolle. One essay (by Gil Reaney) examines ratio as the basis for “measured” music of the fourteenth century
against which the newer duple and triple rhythms that came into prominence in the latter half of the century were assessed. An essay by Marc Bensimon concerns itself with Renaissance modes of perception — as illustrated in
works of art, of literature, and of philosophic speculation — that seem shaped by primordial anxieties caused by the passing of time and the fear of death. The reflections of theological notions about the “dreadful hidden will of
God” in such pieces as Marlowe’s Dr. Faustus are given full background and perceptive treatment by Paul Sellin. To round off the essays Robert Kinsman concludes with a study of “Folly, Melancholy and Madness: Shifting Styles of Medical Analysis and Treatment, 1450-1670.” This symposium is an exciting and fascinating collection of essays bringing to light the dark underside of the Renaissance. Just as scholars have put the Enlightenment period into a more
realistic light by pointing up the presence of Vauvenargue, and de Sade, so this volume brings out a side of the Renaissance reality not often thought of and so far never developed in so extensive a work. Robert S. Kinsman is Professor of English at the University of California, Los Angeles. He coauthored (with Theodore Yonge) John
Skelton: Canon and Census (1967) and authored John Skelton: Poems (1969).

Mignolo, The Darker Side of the Renaissance