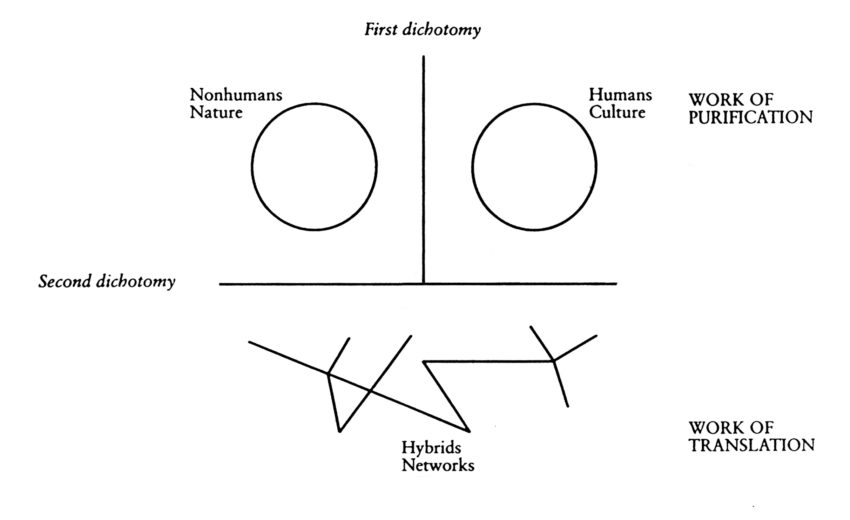 Latour, We Have Never Been Modern

We Have Never Been Modern is a 1991 book by Bruno Latour, originally published in French as Nous n’avons jamais été modernes : Essai d’anthropologie symétrique (English translation: 1993).

The book is an “anthropology of science” that explores the dualistic distinction modernity makes between nature and society. Pre-modern peoples, argues Latour, made no such division. Contemporary matters of public concern such as global warming, the HIV/AIDS pandemic and emerging biotechnologies mix politics, science, popular and specialist discourse to such a degree that a tidy nature/culture dualism is no longer possible. This inconsistency has given rise to post-modern and anti-modern movements. Latour attempts to reconnect the social and natural worlds by arguing that the modernist distinction between nature and culture never existed. He claims we must rework our thinking to conceive of a “Parliament of Things” wherein natural phenomena, social phenomena and the discourse about them are not seen as separate objects to be studied by specialists, but as hybrids made and scrutinized by the public interaction of people, things and concepts. 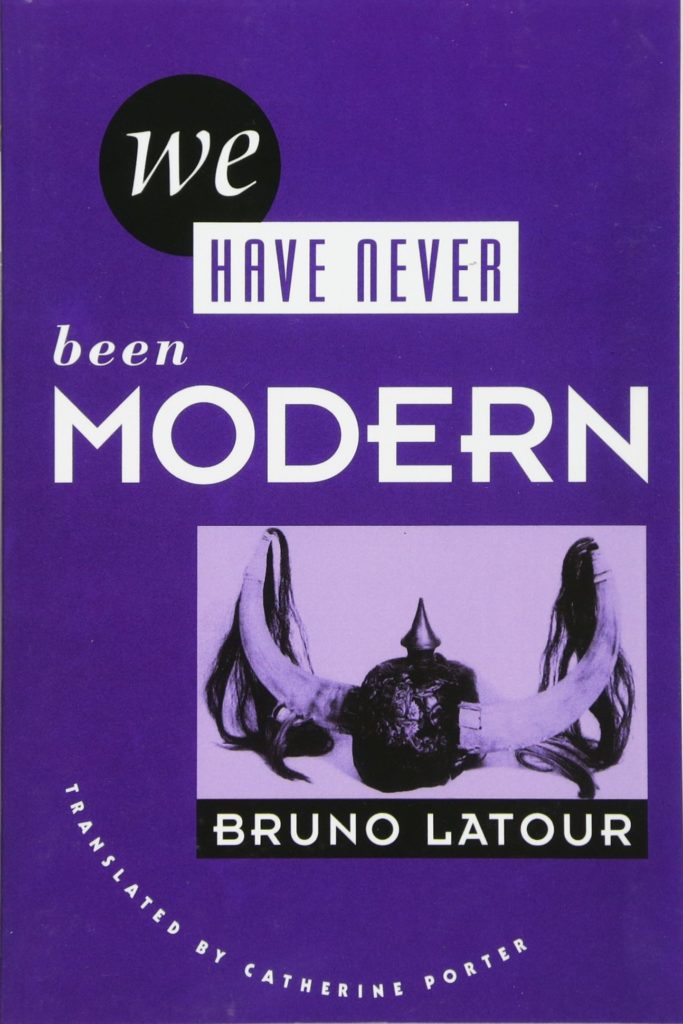