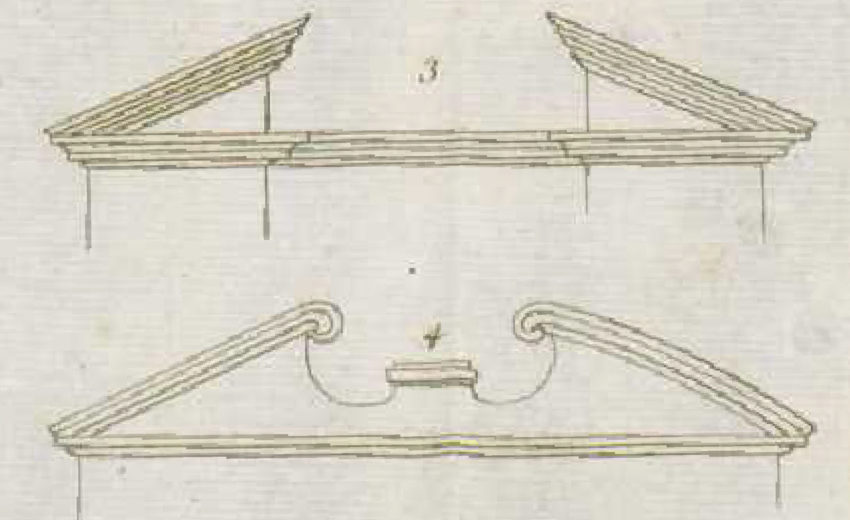 Laugier is best known for his Essay on Architecture published in 1753. In 1755 he published the second edition with a famous, often reproduced illustration of a primitive hut. His approach is to discuss some familiar aspects of Renaissance and post-Renaissance architectural practice, which he describes as ‘faults’. These ‘faults’ induce his commentary on columns, the entablature, and on pediments. Among faults he lists for columns are that of “being engaged in the wall”, the use of pilasters, incorrect entasis (swelling of the column), and setting columns on pedestals. Being embedded in the wall detracts from the overall beauty and aesthetic nature of columns; Laugier states that columns should be free. He goes on to assert that the use of pilasters should strictly be frowned upon especially since in nearly every case columns could be used instead. The second fault is created by incorrect proportion, and the last he believes is more of an unintelligible design. Resting columns on pedestals, he says, is like adding a second set of legs beneath the first pair. The Essai sur l’Architecture includes his thoughts on several other topics, ranging from solidity, the different orders, and how to construct different buildings. 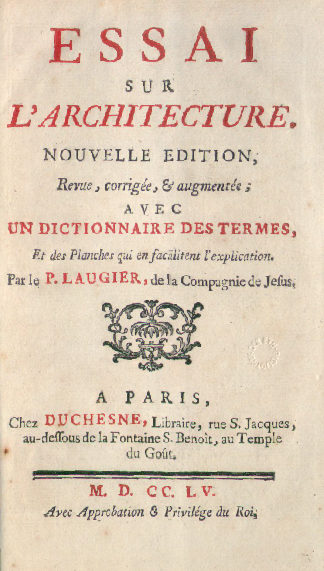