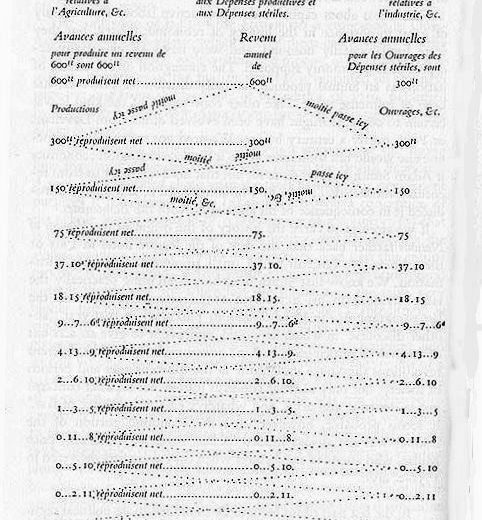 The Tableau économique or Economic Table is an economic model first described by French economist François Quesnay in 1758, which laid the foundation of the Physiocratic school of economics.
Quesnay believed that trade and industry were not sources of wealth, and instead in his 1758 manuscript Tableau économique (Economic Table) argued that agricultural surpluses, by flowing through the economy in the form of rent, wages, and purchases were the real economic movers.

Rask, A grammar of the Anglo-Saxon tongue