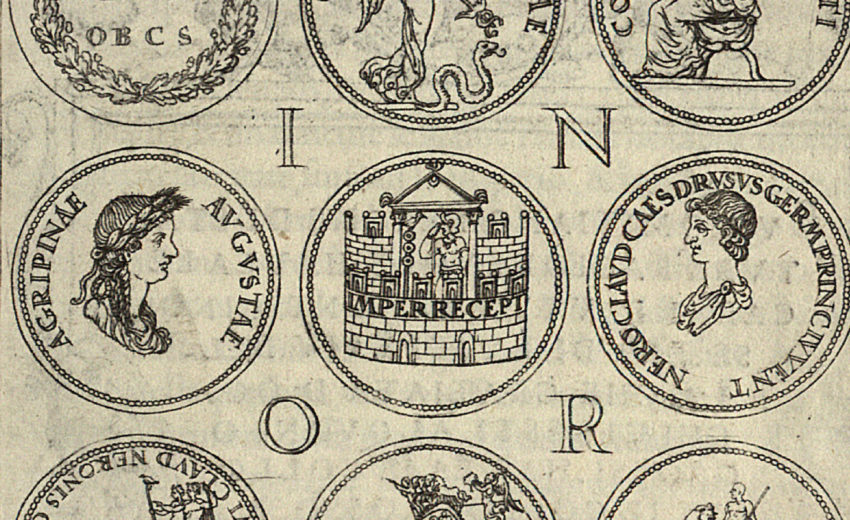 Vico was a renowned engraver and connoisseur of antiquities who helped to build many private collections in Italy. A Venetian nobleman and collector, Zantani, is credited with the preface to this volume and may have been responsible for the biographical texts that it contains.

Although this lovely book focuses on only the first 12 Roman emperors (beginning with Julius Caesar), it is included in this exhibition as an example of the ways in which illustrations of coins were used as portraits of Roman emperors. The 74 engraved plates illustrate obverses and reverses of coins arranged by metal. 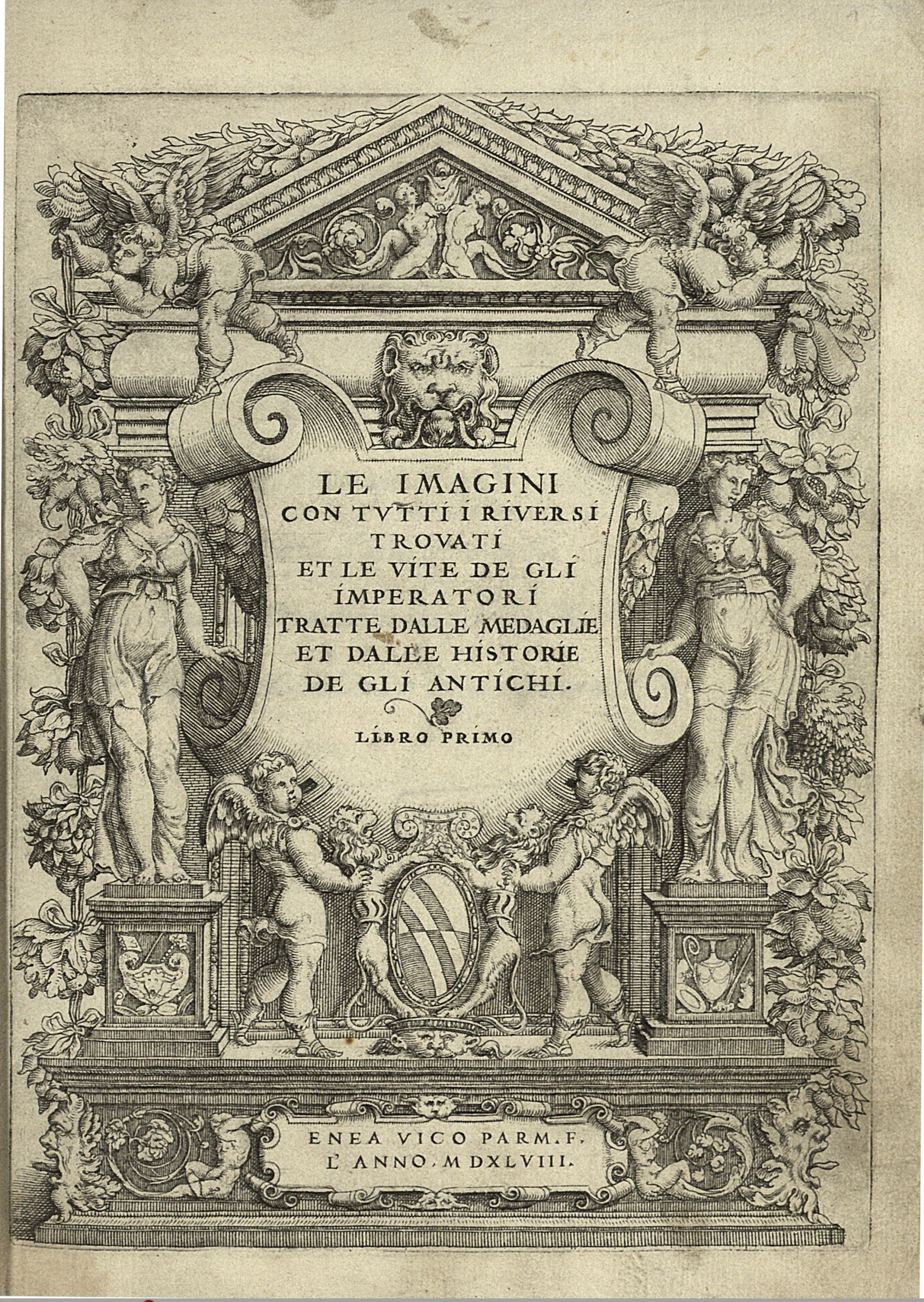