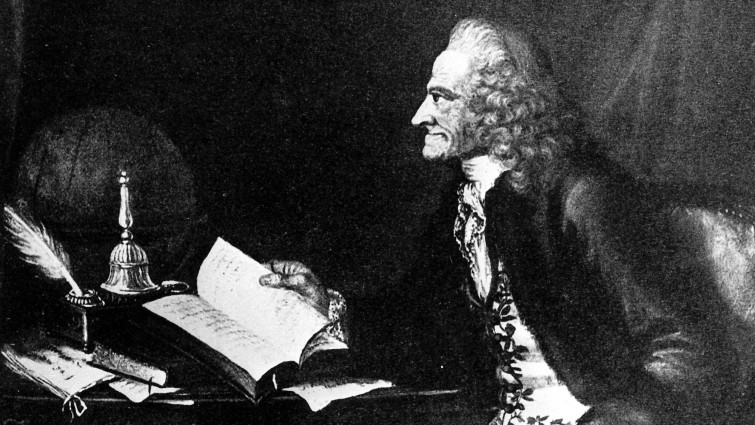 The Dictionnaire philosophique (Philosophical Dictionary) is an encyclopedic dictionary published by the Enlightenment thinker Voltaire in 1764. The alphabetically arranged articles often criticize the Roman Catholic Church, Judaism, Islam, and other institutions. The first edition, released in June 1764, went by the name of Dictionnaire philosophique portatif. It was 344 pages and consisted of 73 articles. Later versions were expanded into two volumes consisting of 120 articles. The first editions were published anonymously in Geneva by Gabriel Grasset. Due to the volatile content of the Dictionnaire, Voltaire chose Grasset over his usual publisher to ensure his own anonymity. There were many editions and reprints of the Dictionnaire during Voltaire’s lifetime, but only four of them contained additions and modifications. Furthermore, another work published in 1770, Questions sur l’Encyclopédie, which contained reshaped and modified articles from the Encyclopédie always in alphabetical order, led many following editors to join this and the Dictionnaire (plus other minor works) in a unique opus. The Dictionnaire was a lifelong project for Voltaire. It represents the culmination of his views on Christianity, God, morality and other subjects.