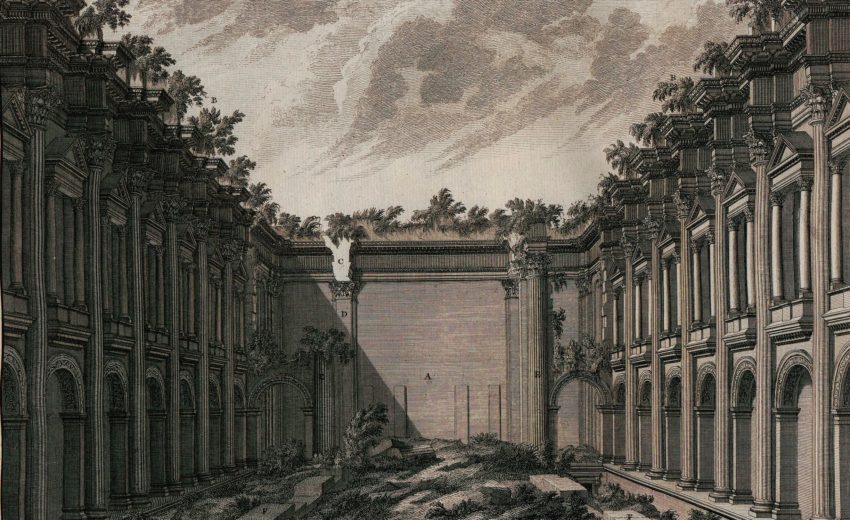 Wood & Darkins, The Ruins of Balbec

Wood visited Syria and Greece in 1750-1, with Bouverie, Dawkins and Borra – at the same time as their friends Stuart and Revett were surveying the ruins of Athens. On returning to Britain he published in 1753 The Ruins Of Palmyra and in 1757 The Ruins Of Balbec. The plates show the ruins of the temples of Jupiter (Baal), Bacchus and Venus, constructed between the late first century B.C. and the third century A.D., as they survived before the earthquake of 1759. The buildings combine Middle-Eastern and Greco-Roman architectural traditions. Wood was prevented from making further expeditions to Greece and the Middle East by his career as a politician, but he continued to influence the course of Hellenic studies. (Royal Academy of Arts) 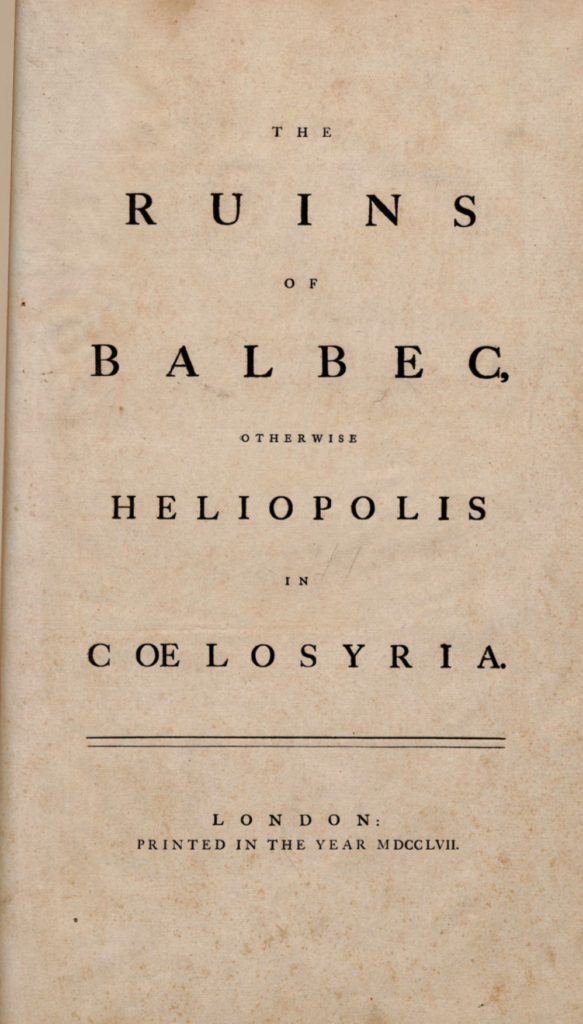 Wood, The Ruins of Palmyra

Adam, Ruins of the Palace of the Emperor Diocletian at Spalatro in Dalmatia