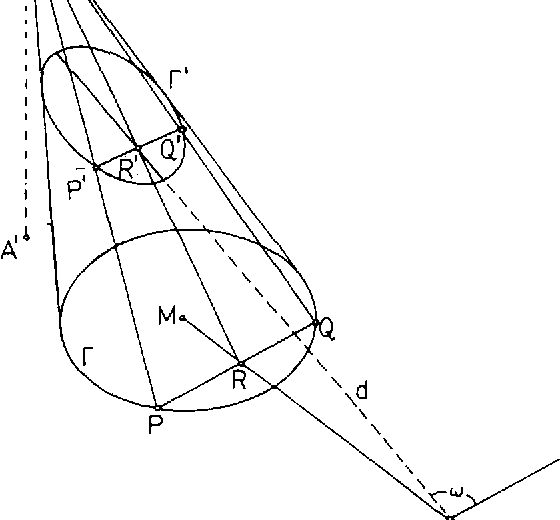 Desargues, The Rough Draft on Conics

Girard Desargues was a French mathematician and engineer, who is considered one of the founders of projective geometry. Desargues’ theorem, the Desargues graph, and the crater Desargues on the Moon are named in his honour.
Born in Lyon, Desargues came from a family devoted to service to the French crown. His father was a royal notary, an investigating commissioner of the Seneschal’s court in Lyon (1574), the collector of the tithes on ecclesiastical revenues for the city of Lyon (1583) and for the diocese of Lyon.
Girard Desargues worked as an architect from 1645. Prior to that, he had worked as a tutor and may have served as an engineer and technical consultant in the entourage of Richelieu.
As an architect, Desargues planned several private and public buildings in Paris and Lyon. As an engineer, he designed a system for raising water that he installed near Paris. It was based on the use of the at the time unrecognized principle of the epicycloidal wheel.
His research on perspective and geometrical projections can be seen as a culmination of centuries of scientific inquiry across the classical epoch in optics that stretched from al-Hasan Ibn al-Haytham (Alhazen) to Johannes Kepler, and going beyond a mere synthesis of these traditions with Renaissance perspective theories and practices.
His work was rediscovered and republished in 1864. A collection of his works was published in 1951, and the 1864 compilation remains in print. One notable work, often cited by others in mathematics, is “Rough draft for an essay on the results of taking plane sections of a cone” (1639).
Late in his life, Desargues published a paper with the cryptic title of DALG. The most common theory about what this stands for is Des Argues, Lyonnais, Géometre (proposed by Henri Brocard).
He died in Lyon.