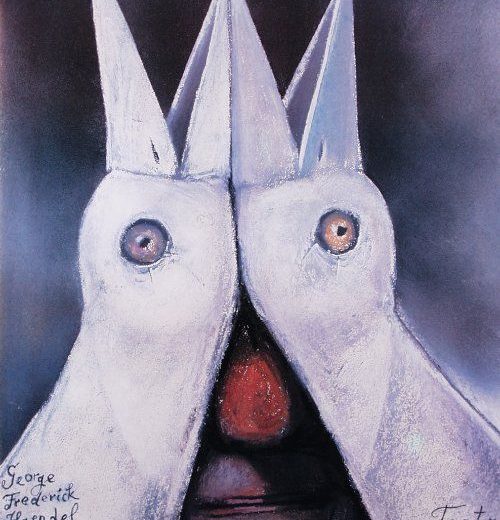 Serse (english: Xerxes) is an opera seria in three acts by George Frideric Handel. It was first performed in London on 15 April 1738. The Italian libretto was adapted by an unknown hand from that by Silvio Stampiglia (1664–1725) for an earlier opera of the same name by Giovanni Bononcini in 1694. Stampiglia’s libretto was itself based on one by Niccolò Minato (ca.1627–1698) that was set by Francesco Cavalli in 1654. The opera is set in Persia (modern-day Iran) about 470 BC and is very loosely based upon Xerxes I of Persia. Serse, originally sung by a mezzo soprano castrato, is now usually performed by a mezzo-soprano or counter-tenor.

The opening aria, “Ombra mai fu”, sung by Xerxes to a plane tree (Platanus orientalis), is set to one of Handel’s best-known melodies, and is often known as Handel’s “Largo” (despite being marked “larghetto” in the score).