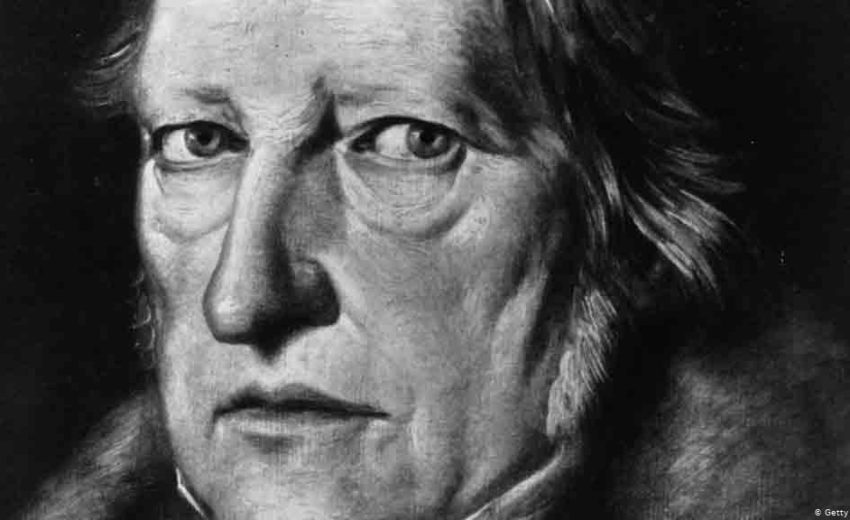 Hegel, The Science of Logic

Science of Logic (SL; German: Wissenschaft der Logik, WdL), first published between 1812 and 1816, is the work in which Georg Wilhelm Friedrich Hegel outlined his vision of logic. Hegel’s logic is a system of dialectics, i.e., a dialectical metaphysics: it is a development of the principle that thought and being constitute a single and active unity. Science of Logic also incorporates the traditional Aristotelian syllogism: It is conceived as a phase of the “original unity of thought and being” rather than as a detached, formal instrument of inference.

For Hegel, the most important achievement of German idealism, starting with Immanuel Kant and culminating in his own philosophy, was the argument that reality (being) is shaped through and through by thought and is, in a strong sense, identical to thought. Thus ultimately the structures of thought and being, subject and object, are identical. Since for Hegel the underlying structure of all of reality is ultimately rational, logic is not merely about reasoning or argument but rather is also the rational, structural core of all of reality and every dimension of it. Thus Hegel’s Science of Logic includes among other things analyses of being, nothingness, becoming, existence, reality, essence, reflection, concept, and method. As developed, it included the fullest description of his dialectic.

Hegel considered it one of his major works and therefore kept it up to date through revision.

Science of Logic is sometimes referred to as the Greater Logic to distinguish it from the Lesser Logic, the moniker given to the condensed version Hegel presented as the “Logic” section of his Encyclopedia of the Philosophical Sciences.

Darwin, The Descent of Man and Selection in Relation to Sex