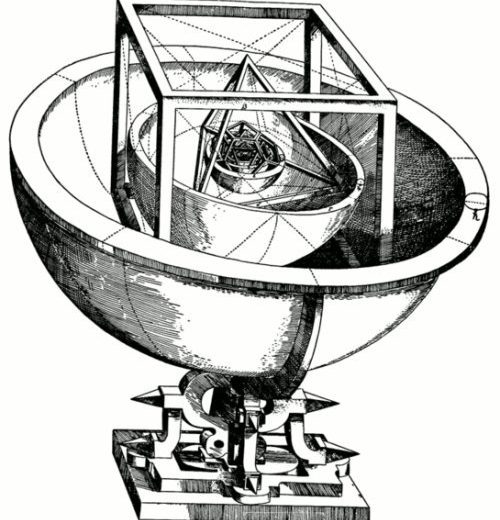 Kepler, Harmonies of the World

The Harmony of the World, by Johannes Kepler, is not only a seminal work in the history of astronomy but a case study in the creative process of discovery. By rejecting empiricism and sense certainty, Kepler used his mental instruments, geometry and music, to investigate the harmony which orders all fundamental physical processes. The same mental processes which make humans unique must be coherent with the principles of creation and development of the universe as a whole. Kepler is remembered today chiefly for the 3 laws of planetary motion known after him. Rejecting the view of those who regarded astronomical hypotheses as mathematical fictions, Kepler sought to derive the true motions of the planets from physical causes. Yet he combined his search for physical causes with a vision of the world as a manifestation of divine harmony. Kepler’s book contradicts Aristotle, who held science back for centuries because of his witting fraud upon the discoveries of Pythagoras, Thales, et al. Aristotle misrepresented the ideas concerning Music, Harmonics, Geometry as well as Astronomy, which Plato described in the Epinomis to be the fount of all knowledge. In this volume, Kepler proves that the pre-Aristotelean hypothesis of a heliocentric universe is correct, and provides the needed data to demonstrate that the planets arrange their orbits around the sun in the manner of a musical scale. Here one can understand the deeper meaning of Harmony, beyond what we hear in music. Kepler seeks out causes, in the musical domain, as well as in the astrophysical domain. Up to the time of this book, no one had solved the puzzle. Though written centuries ago, The Harmony of the World remains a work of genius.