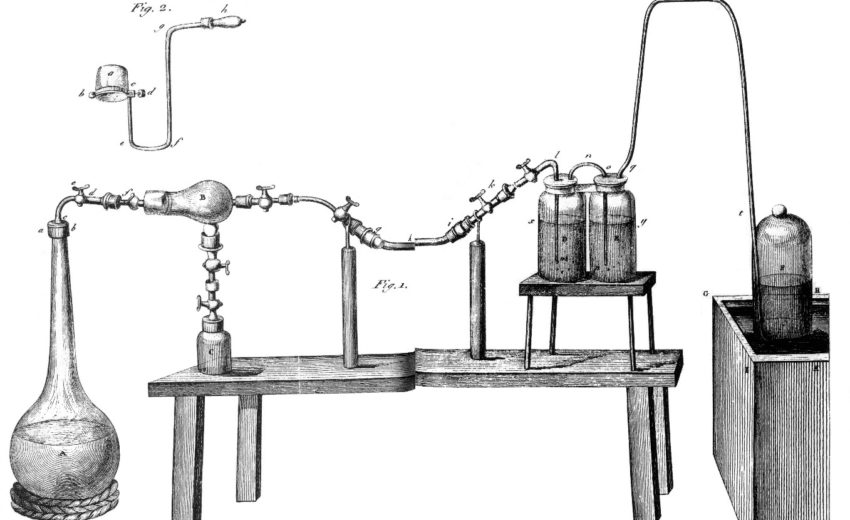 The debt of modern chemistry to Antoine Lavoisier (1743–1794) is incalculable. With Lavoisier’s discoveries of the compositions of air and water (he gave the world the term ‘oxygen’) and his analysis of the process of combustion, he was able to bury once and for all the then prevalent phlogiston doctrine. He also recognized chemical elements as the ultimate residues of chemical analysis and, with others, worked out the beginnings of the modern system of nomenclature. His premature death at the hands of a Revolutionary tribunal is undoubtedly one of the saddest losses in the history of science.
Lavoisier’s theories were promulgated widely by a work he published in 1789: Traité élémentairede Chimie. The famous English translation by Robert Kerr was issued a year later. Incorporating the notions of the “new chemistry,” the book carefully describes the experiments and reasoning which led Lavoisier to his conclusions, conclusions which were generally accepted by the scientific community almost immediately. It is not too much to claim that Lavoisier’s Traité did for chemistry what Newton’s Principia did for physics, and that Lavoisier founded modern chemistry.
Part One of the Traité covers the composition of the atmosphere and water, and related experiments, one of which (on vinous fermentation) permits Lavoisier to make the first explicit statement of the law of the conservation of matter in chemical change. The second part deals with the compounds of acids with various bases, giving extensive tables of compounds. Its most significant item, however, is the table of simple substances or elements — the first modern list of the chemical elements. The third section of the book reviews in minute detail the apparatus and instruments of chemistry and their uses. Some of these instruments, etc. are illustrated in the section of plates at the end.