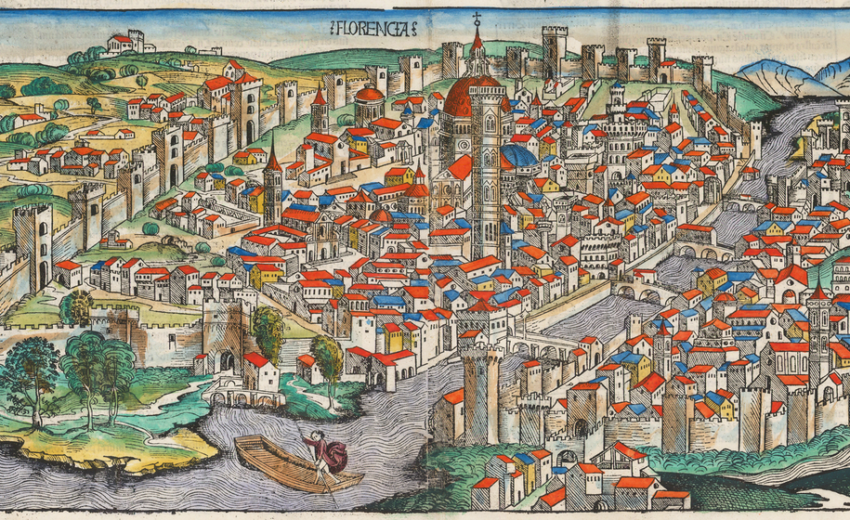 Machiavelli’s Florentine Histories originated under Medici patronage at a moment in which, after the death of Lorenzo the younger in May 1519, Cardinal Giulio de’ Medici controlled Florence (on behalf of Pope Leo X) and the regime seemed open to the possibility of major constitutional overhaul. In March 1520, Machiavelli was introduced to Giulio through the good offices of his friends in the Orti Oricellari and was warmly received. One result of the changed attitude of the Medici toward Machiavelli was the commission, finalized on November 8, 1520, and approved by the Officials of Florence’s university (the Studio), headed by Giulio himself, to “compose the annals and chronicles of Florence [ad componendum annalia et cronacas florentinas].” The Florentine Histories thus owe their existence to these external circumstances, but the conceptualization and design of this last of Machiavelli’s great works reflect long-standing interests integral to the development of both his political theory and the pragmatic requirements of his persistent critique of Florentine politics. This was not the first time Machiavelli had donned the historian’s mantle. The first Decennale, written in 1504, is a verse summary of Italy’s history in the decade 1494-1504, in which events involving Florence are tightly bound into the unfolding political situation. Moreover, if we accept the assertion of Machiavelli’s friend and chancery colleague Agostino Vespucci in the dedication of the 1506 printed edition of the Decennale, a “more extensive” history of the same events was then “being forged” in Machiavelli’s “workshop” – a work that was not realized.

Machiavelli, The Art of War