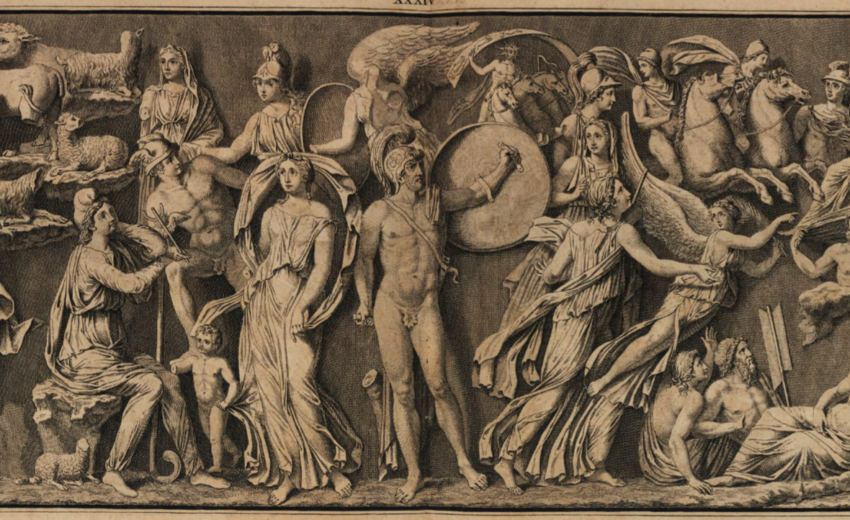 Spence, Polymetis or an Enquiry concerning the Agreement Between the Works of the Roman Poets and the Remains of the Antient Artists

The first edition had been published in 1747 (after lengthy preparation – Spence had assembled preparatory material during his first visit to Italy). A new edition would appear in 1774, and abridgments for schools were current until the 1820s. The text is in the form of twenty-one dialogues. It was attacked in Lessing’s Laokoon (1766); but is though to have provided the poet Keats with some of his mythological imagery. (Description by the Royal Academy of Arts) 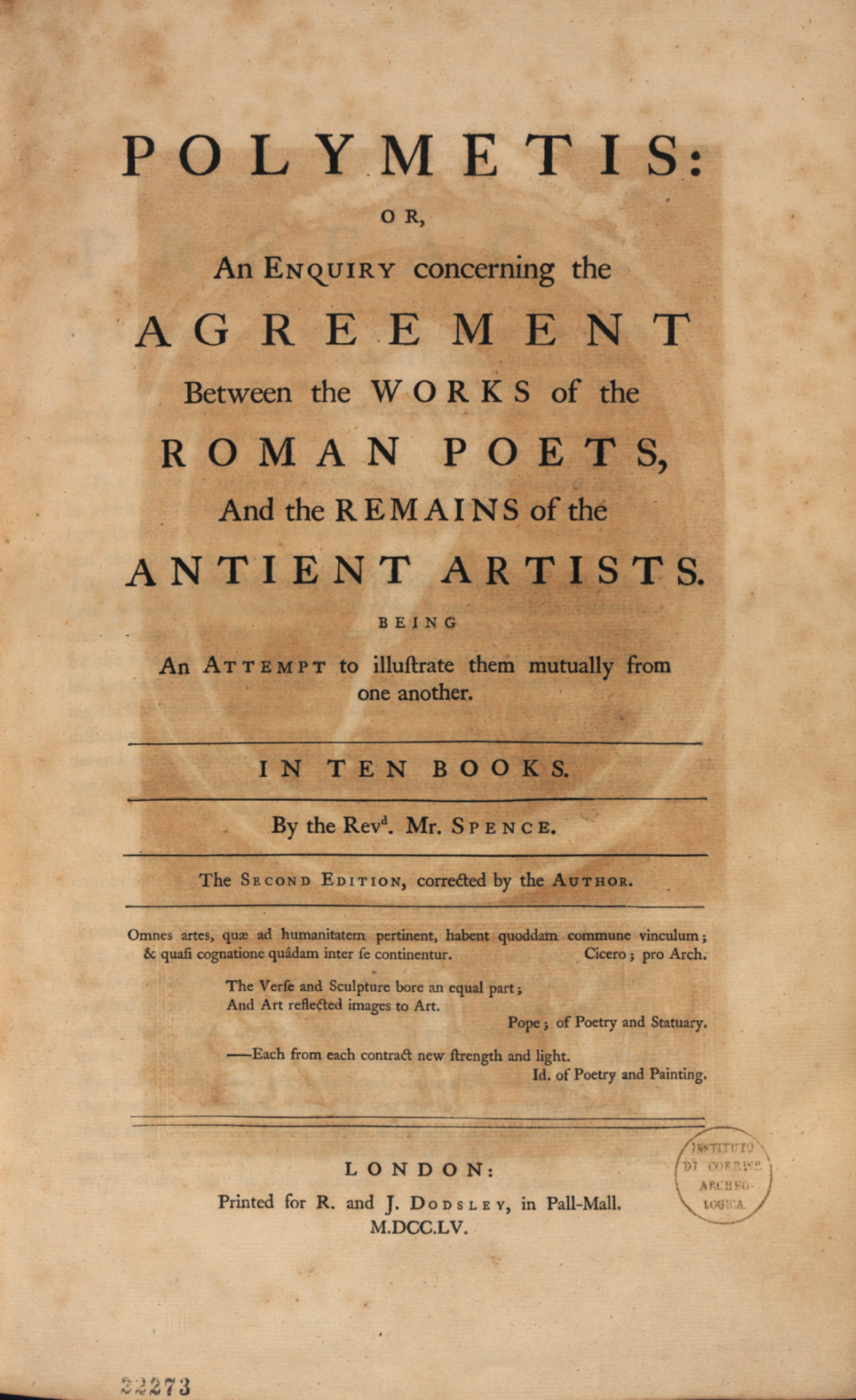