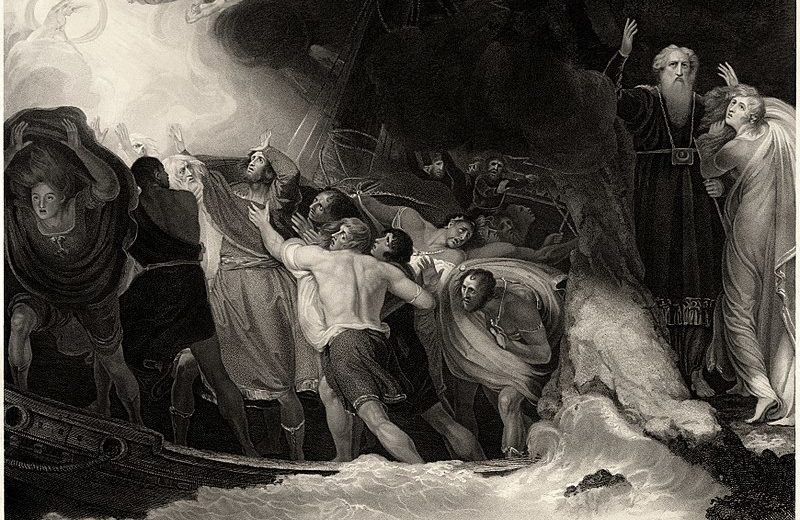 The Tempest is a play by William Shakespeare, probably written in 1610–1611, and thought to be one of the last plays that Shakespeare wrote alone. After the first scene, which takes place on a ship at sea during a tempest, the rest of the story is set on a remote island, where the sorcerer Prospero, a complex and contradictory character, lives with his daughter Miranda, and his two servants—Caliban, a savage monster figure, and Ariel, an airy spirit. The play contains music and songs that evoke the spirit of enchantment on the island. It explores many themes, including magic, betrayal, revenge, and family. In Act IV, a wedding masque serves as a play-within-the play, and contributes spectacle, allegory, and elevated language.