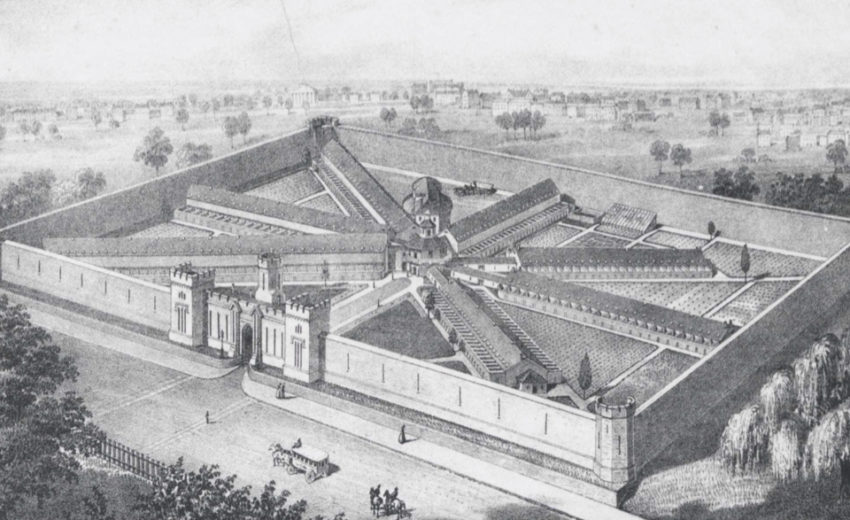 Elaborately conceived, grandly constructed insane asylums—ranging in appearance from classical temples to Gothic castles—were once a common sight looming on the outskirts of American towns and cities. Many of these buildings were razed long ago, and those that remain stand as grim reminders of an often cruel system. For much of the nineteenth century, however, these asylums epitomized the widely held belief among doctors and social reformers that insanity was a curable disease and that environment—architecture in particular—was the most effective means of treatment.

In The Architecture of Madness, Carla Yanni tells a compelling story of therapeutic design, from America’s earliest purpose—built institutions for the insane to the asylum construction frenzy in the second half of the century. At the center of Yanni’s inquiry is Dr. Thomas Kirkbride, a Pennsylvania-born Quaker, who in the 1840s devised a novel way to house the mentally diseased that emphasized segregation by severity of illness, ease of treatment and surveillance, and ventilation. After the Civil War, American architects designed Kirkbride-plan hospitals across the country.

Before the end of the century, interest in the Kirkbride plan had begun to decline. Many of the asylums had deteriorated into human warehouses, strengthening arguments against the monolithic structures advocated by Kirkbride. At the same time, the medical profession began embracing a more neurological approach to mental disease that considered architecture as largely irrelevant to its treatment.

Generously illustrated, The Architecture of Madness is a fresh and original look at the American medical establishment’s century-long preoccupation with therapeutic architecture as a way to cure social ills.

Carla Yanni is associate professor of art history at Rutgers University and the author of Nature’s Museums: Victorian Science and the Architecture of Display. 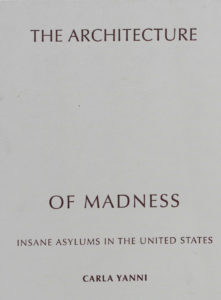